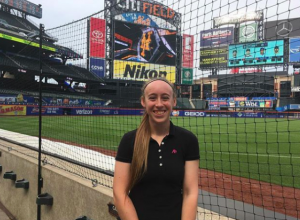 Eliza Phillips at her internship for the New York Mets.

The next Bison Spotlight shines on a Sport Management major, Eliza Phillips. She is from Simsbury, Connecticut and is a member of the Class of 2021. On The Hill, she is on the Women’s Field Hockey Team and the Women’s Rugby Team. When she isn’t too busy with sports, she enjoys hiking and going skiing. A fun fact about Eliza is she has played field hockey on three different continents.

Eliza has completed three different internships thus far during her time on The Hill. Her journey began as a Game Day Media Relations Intern with the New York Mets. She assisted with copying, printing, proofreading and distributing the pre and post-game materials. She used Adobe InDesign, editing the daily line up card. She also answered the phone lines, took messages or transferred calls to the appropriate number. Eliza distributed and printed media credentials while assisting with the pre and post-game press conferences.

A typical day for Eliza consisted of arriving at the stadium 4 to 5 hours prior to the game. Depending on the day, she performed various tasks. During the game, she assisted the media with needs. She wrote a postgame recap for the front office. Postgame, she also went to the press conference and handed a microphone to the members of the media asking questions. She proofread postgame notes.

Eliza said her favorite thing during this internship was, “Getting the experience at the highest level in the area that I want to pursue in the future.” 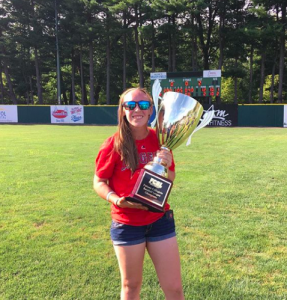 Eliza at her internship for the Worcester Bravehearts.

This opportunity led Eliza to her next internship with the Worcester Bravehearts as a Scoreboard and Messageboard Operator. In this role, she operated the in-game scoreboard to reflect the game score, number of hits and errors, and the current player who was at-bat. She also updated the in-game message board with player names, the name of the school they attend, as well as graphics for sponsors. Eliza had the opportunity to travel with the team to select away games to post game updates on Twitter. She also wrote post-game press releases to distribute to the local media.

Eliza’s biggest takeaway from this experience was, “The chance to get more experience at writing post-game recaps.”

Eliza’s internship experience did not stop there, she then became a Sports Information Intern for Worcester Polytechnic Institute. She assisted with typical game-day operations. Eliza collaborated with the official scorer to call correct shots and turnovers for basketball. She also operated the video board during the starting lineups for basketball. A normal day for Eliza consisted of arriving to work before the game and setting up the scorers table. She turned on the video board and made it focus on the player who was being called throughout starting lineups. She always made sure coaches and broadcasters had the stat sheets at half-time and after the game. Eliza’s time with WPI got cut short due to COVID-19. She was supposed to help with scoring baseball games and writing post-game recaps, but the season had to be abruptly ended before the first home game.

During the time Eliza had with WPI she said her favorite thing was, “Expanding the possibilities of what I could go into for a career in the near future.”

Eliza has completed a wide variety of internship experiences. Her biggest advice to others is, “Take every opportunity that is presented to you. You never know what it may lead to. Don’t be afraid to ask questions or ask for what you want. At the Bravehearts, traveling with the team to do recaps was the broadcaster’s job. I knew it was one of my interests, so I asked to be given a couple of games and it opened up the door for not just me, but other members of the press box that also wanted the same experience.”

Eliza took every opportunity that came her way and never looked back. The CPDC Team is very proud of all your hard work and cannot wait to see what you do in the future! 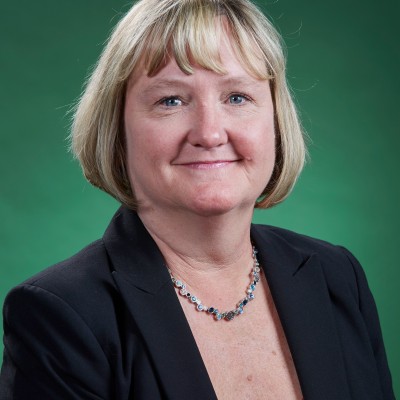 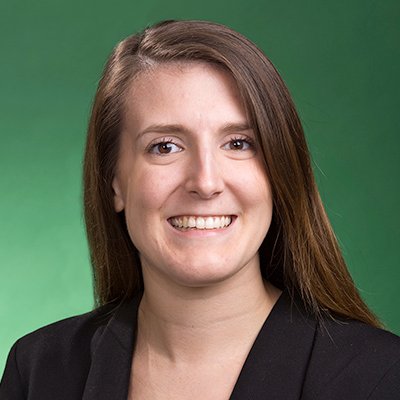 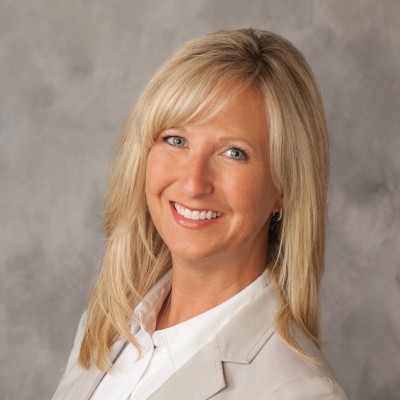 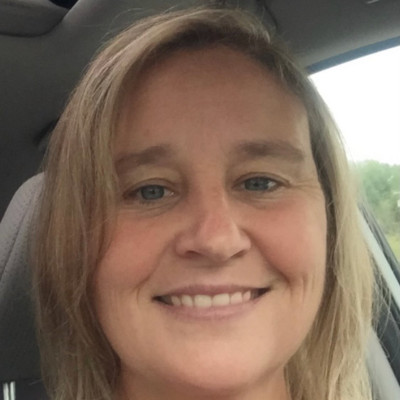 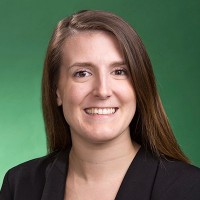 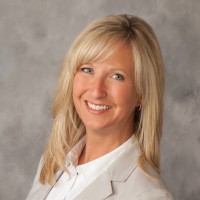 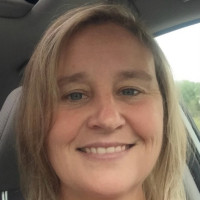