From Senior in College to Freshman in Life

From Senior in College to Freshman in Life returned again this year starring Alumni Jeff Thomas ’12 and Taylor Ross ’13. The Bison spoke to the members of the Senior class about their individual journeys from college into the real world. Jeff and Taylor were both in the Investments Club at Nichols and had plenty of great advice to share regarding investments and transitioning into the real world.

Jeff Thomas was a Finance and Accounting major with a minor in Sport Management and started his journey working as a Staff Accountant. As he realized he wanted to get into real estate, he found a role as a Property Accountant for an asset management company to learn more about the real estate industry. Jeff hopped around in his roles and is currently working as an Assistant Portfolio Controller. Since his graduation, Jeff has started a family, bought, sold, and upgraded a house, and has gained assets with some of his personal investments. One of the pieces of advice Jeff gave was to prioritize what’s important and invest. He gave the example of when he was getting married, he offered his wife the option to have a big wedding or to buy a house. They decided to prioritize and bought a house.

Taylor Ross was a Finance and Economics major who optimized his time at Nichols by doing four internships which led him to his first job as a Financial Analyst. Within two years of graduation, he was able to pay off his and his wife’s student loans ($48,000 total) and purchase a home. While working, Taylor got his Master’s in Finance from Boston University; 70% was paid for by the company he worked at.  He has also gone on to receive more education at Harvard and Colombia Business Schools. Taylor currently works as a Director of Treasury and his big advice was to take advantage of opportunities that pay for advanced education. Taylor commented how there was no reason not to further your education if a company would sponsor it, the only investment is time.

The Bison held a Q & A session and gave valuable advice to the seniors. Some popular topics of conversation were that we should invest young and plan. Jeff mentioned how he is currently prepping for his children’s future and is investing in a 529 plan. Both Jeff and Taylor emphasized the importance of planning for the unexpected and having an emergency fund. When asked the prompt “If you could go back and tell your senior year self something what would it be. Both Jeff and Taylor agreed that they would enjoy senior year more. Taylor would have spent less time with internships and other jobs and Jeff said he would have taken advantage of more opportunities to be with the entire class. Both Jeff and Taylor gave great advice to the senior class and the CPDC team thanks the alumni for coming back to the hill for this event. 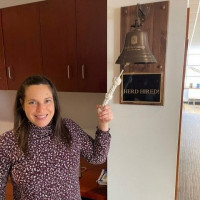 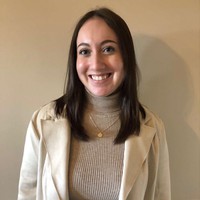 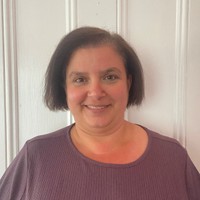